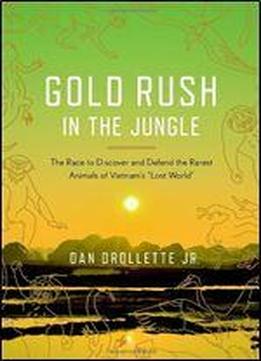 Gold Rush In The Jungle: The Race To Discover And Defend The Rarest Animals Of Vietnam's 'lost World'
by Dan Drollette Jr. / 2013 / English / EPUB

An engrossing, adventure-filled account of the rush to discover and save Vietnam's most extraordinary animals Deep in the jungle where the borders of Vietnam meet those of Laos and Cambodia is a region known as "the lost world." Large mammals never seen before by Western science have popped up frequently in these mountains in the last decade, including a half-goat/half-ox, a deer that barks, and a close relative of the nearly extinct Javan rhino. In an age when scientists are excited by discovering a new kind of tube worm, the thought of finding and naming a new large terrestrial mammal is astonishing, and wildlife biologists from all over the world are flocking to this dangerous region. The result is a race between preservation and destruction. Containing research gathered from famous biologists, conservationists, indigenous peoples, former POWs, ex-Viet Cong, and the first U.S. ambassador to Vietnam since the war's end, Gold Rush in the Jungle goes deep into the valleys, hills, and hollows of Vietnam to explore the research, the international trade in endangered species, the lingering effects of Agent Orange, and the effort of a handful of biologists to save the world's rarest animals.