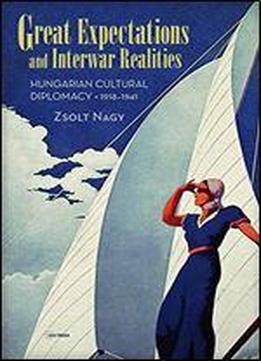 After the shock of the 1920 Treaty of Trianon, which Hungarians perceived as an unfair dictate, the leaders of the country found it imperative to change Hungary?s international image in a way that would help the revision of the post-World War I settlement. The monograph examines the development of interwar Hungarian cultural diplomacy in three areas: universities, the tourist industry, and the media?primarily motion pictures and radio production. It is a story of the Hungarian elites? high hopes and deep-seated anxieties about the country?s place in a Europe newly reconstructed after World War I, and how these elites perceived and misperceived themselves, their surroundings, and their own ability to affect the country?s fate. The defeat in the Great War was crushing, but it was also stimulating, as Nagy documents in his examination of foreignlanguage journals, tourism, radio, and other tools of cultural diplomacy. The mobilization of diverse cultural and intellectual resources, the author argues, helped establish Hungary?s legitimacy in the international arena, contributed to the modernization of the country, and established a set of enduring national images. Though the study is rooted in Hungary, it explores the dynamic and contingent relationship between identity construction and transnational cultural and political currents in East-Central European nations in the interwar period.