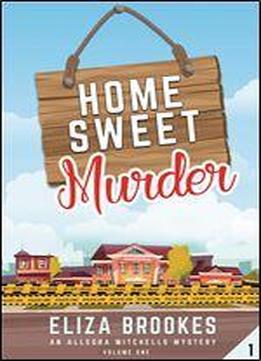 When Allegra Mitchells came home, she was expecting a warm reception and a few guilt trips. What she wasn’t expecting was that her only relative was dead and that she would be accused of the murder. Allegra Mitchells, a self-proclaimed free spirit and struggling writer, has spent most of her life traveling. The only time she felt at home was when she spent her childhood summers with her grumpy Great-Aunt Dorothy. Now, years later, she decides to surprise her estranged relative with an impromptu visit, only to find that her great-aunt has been poisoned and the police are looking for her. Nobody wants to have a murderer in their midst. After all, isn’t it suspicious that the police declared a murder when Allegra came to town? To clear her name, Allegra must rekindle old friendships and fight the urge to run away again. Added to that, she must deal with an old enemy who would love to see her in jail. Llewes Cove may be the friendliest town in America, but it has more secrets than smiles.