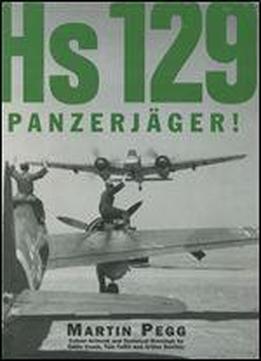 Recognised as the scourge of the massed Soviet armoured divisions deployed on the eastern front between 1942-45, the Henschel Hs 129 was the only dedicated anti-tank aircraft to see operational service with the Luftwaffe. In this exhaustively detailed and fascinating study, Martin Pegg analyses the truths and myths associated with this aeroplane and draws on new firsthand accounts from the men who flew the Panzerjiiger in combat from the cold, muddy steppes of Southern Russia to the burning heat of Africa.