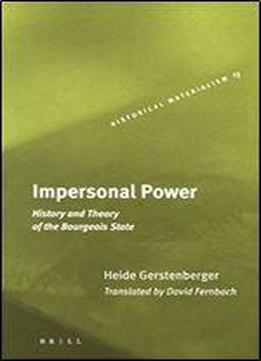 In this volume. Heide Gerstenberger investigates the development of bourgeois state power by on the one hand proposing a critique of different variants of the structural-functionalist theory of the state and on the other hand analysing the examples of England and France. The central thesis of the work is that the bourgeois form of capitalist state power arose only where capitalist societies developed out of state structures that were already rationalised.