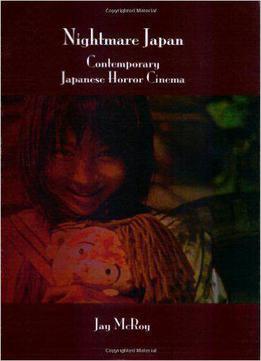 Over the last two decades, Japanese filmmakers have produced some of the most important and innovative works of cinematic horror. At once visually arresting, philosophically complex, and politically charged, films by directors like Tsukamoto Shinya (Tetsuo: The Iron Man [1988] and Tetsuo II: Body Hammer [1992]), Sato Hisayasu (Muscle [1988] and Naked Blood [1995]) Kurosawa Kiyoshi (Cure [1997], Séance [2000], and Kaïro [2001]), Nakata Hideo (Ringu [1998], Ringu II [1999], and Dark Water [2002]), and Miike Takashi (Audition [1999] and Ichi the Killer [2001]) continually revisit and redefine the horror genre in both its Japanese and global contexts. In the process, these and other directors of contemporary Japanese horror film consistently contribute exciting and important new visions, from postmodern reworkings of traditional avenging spirit narratives to groundbreaking works of cinematic terror that position depictions of radical or 'monstrous' alterity/hybridity as metaphors for larger socio-political concerns, including shifting gender roles, reconsiderations of the importance of the extended family as a social institution, and reconceptualisations of the very notion of cultural and national boundaries.