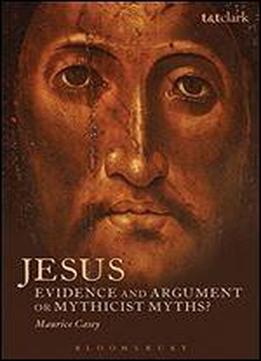 Did Jesus exist? In recent years there has been a massive upsurge in public discussion of the view that Jesus did not exist. This view first found a voice in the 19th century, when Christian views were no longer taken for granted. Some way into the 20th century, this school of thought was largely thought to have been utterly refuted by the results of respectable critical scholarship (from both secular and religious scholars). Now, many unprofessional scholars and bloggers ('mythicists'), are gaining an increasingly large following for a view many think to be unsupportable. It is starting to influence the academy, more than that it is starting to influence the views of the public about a crucial historical figure. Maurice Casey, one of the most important Historical Jesus scholars of his generation takes the 'mythicists' to task in this landmark publication. Casey argues neither from a religious respective, nor from that of a committed atheist. Rather he seeks to provide a clear view of what can be said about Jesus, and of what can't.