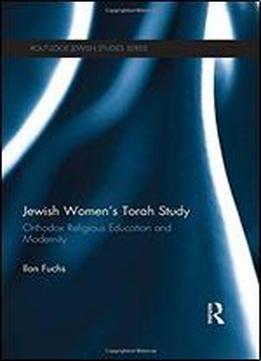 One of the cornerstones of the religious Jewish experience in all its variations is Torah study, and this learning is considered a central criterion for leadership. Jewish Womens Torah Study addresses the question of women's integration in the halachic-religious system at this pivotal intersection. The contemporary debate regarding womens Torah study first emerged in the second half of the 19th century. As womens status in general society changed, offering increased legal rights and opportunities for education, a debate on the need to change womens participation in Torah study emerged. Orthodoxy was faced with the question: which parts, if any, of modernity should be integrated into Halacha? Exemplifying the entire array of Orthodox responses to modernity, this book is a valuable addition to the scholarship of Judaism in the modern era and will be of interest to students and scholars of Religion, Gender Studies and Jewish Studies.