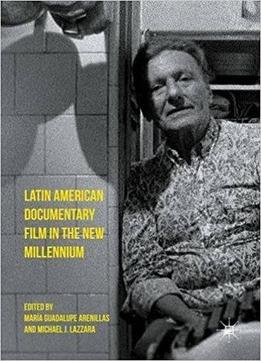 Nearly two decades into the new millennium, Latin American documentary film is experiencing renewed vibrancy and visibility on the global stage. While elements of the combative, politicized cinema of the 1960s and 1970s remain, the region’s production has become increasingly subjective, reflexive, and experimental, though perhaps no less political. At the same time, Latin American filmmakers both respond to and shape global tendencies in the genre. This book highlights the richness and heterogeneity of Latin American documentary film, surveys a broad range of national contexts, styles, and practices, and expands current debates on the genre. Thematic sections address the “subjective turn” of the 1990s and 2000s and the move beyond it; the ethics of the encounter between the filmmaker and the subject/object of his or her gaze; and the performance of truth and memory, a particularly urgent topic as Latin American countries have transitioned from dictatorship to democracy.