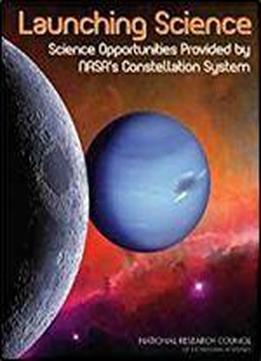 In January 2004 NASA was given a new policy direction known as the Vision for Space Exploration. That plan, now renamed the United States Space Exploration Policy, called for sending human and robotic missions to the Moon, Mars, and beyond. In 2005 NASA outlined how to conduct the first steps in implementing this policy and began the development of a new human-carrying spacecraft known as Orion, the lunar lander known as Altair, and the launch vehicles Ares I and Ares V. Collectively, these are called the Constellation System. In November 2007 NASA asked the National Research Council (NRC) to evaluate the potential for new science opportunities enabled by the Constellation System of rockets and spacecraft. The NRC committee evaluated a total of 17 mission concepts for future space science missions. Of those, the committee determined that 12 would benefit from the Constellation System and five would not. This book presents the committee's findings and recommendations, including cost estimates, a review of the technical feasibility of each mission, and identification of the missions most deserving of future study.