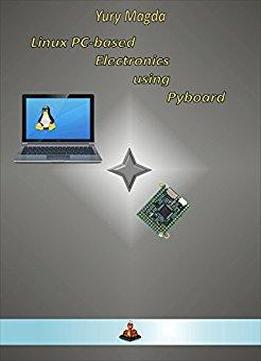 This book is written basically for hobbyists and developers who would like to be able to design various measurement and control systems using the PC running the Linux OS and MicroPython pyboard v1.1 (PYBv1.1) development board. As a working operating environment for the projects, Ubuntu 16.04 LTS is used so the readers should freely operate in the Linux environment and be familiar with basic shell commands.

MicroPython is a lean and efficient implementation of the Python 3 and includes a small subset of the Python standard library. MicroPython is packed full of advanced features such as an interactive prompt, arbitrary precision integers, closures, list comprehension, generators, exception handling and more. It is compact enough to fit and run within just 256k of code space and 16k of RAM. MicroPython aims to be as compatible with a standard Python as possible to allow you to transfer code with ease from the desktop to a microcontroller or embedded system.

All applications from this book are very simple and clear so even beginners can easily understand the source code. Applications will run on the PC with the pyboard v1.1 connected to the computer via USB. Each example is accompanied by a brief description which helps to make things clear. All examples described in this guide can be easily improved or modified if necessary.