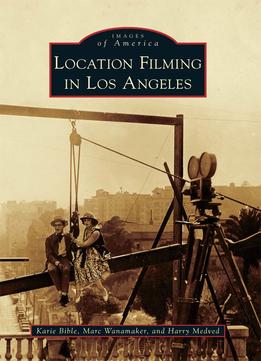 Los Angeles has reigned for more than a century as the world capital of the film industry, a unique and ever-changing city that has been molded and recast thousands of times through the artistic visions and cinematic dreams of Hollywood's elite. As early as 1907, filmmakers migrated west to avoid lengthy eastern winters. In Los Angeles, they discovered an ideal world of abundant and diverse locales blessed with a mild and sunny climate ideal for filming. Location Filming in Los Angeles provides a historic view of the diversity of locations that provided the backdrop for Hollywood's greatest films, from the silent era to the modern age.