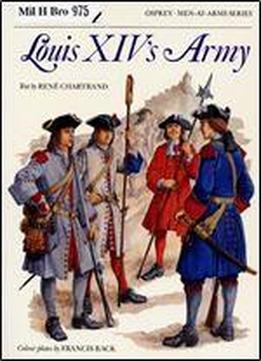 Louis XIV's army was in many ways the first modern army. After assuming power in 1661, Louis abolished the post of Colonel General of Infantry so he could exercise direct control over the armed forces in his realm. The king demanded order, discipline and absolute loyalty from his army, and he introduced a military draft in 1688 - the first step towards what we know as conscription in modern armies. This book chronicles the development of Louis XIV's army during his 54-year reign, including the units, uniforms and weapons of the elite Maison du Roi. Numerous illustrations portray the uniforms, colours and standards of his troops in vivid detail.