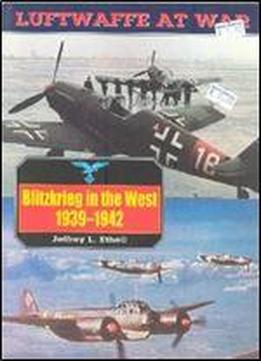 This illustrated series presents every aspect of the German Air Force in World War II, on all fronts and in widely varying conditions. Contemporary photographs from archives and private collections, many never before published, show how and where all types of German military aircraft operated, and are accompanied by detailed captions written by experts in aviation history. For the first year of the war the Luftwaffe proved itself a superb and deadly tactical air force, helping the Wehrmacht and its Panzers move from Poland through the Low Countries into France. Its pilots, led by Spanish Civil War veterans who had revolutionized air combat, were far more experienced than the Allies. Rare photos taken by Luftwaffe pilots and crew, as well as by press photographers, show what aircraft were used, what equipment they carried, and who flew and maintained them during this dramatic period of the war.