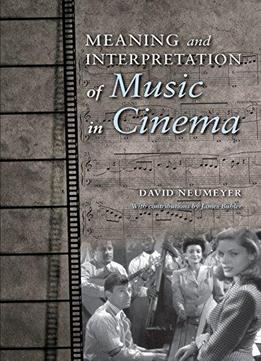 Meaning And Interpretation Of Music In Cinema
by David P. Neumeyer / 2015 / English / EPUB

By exploring the relationship between music and the moving image in film narrative, David Neumeyer shows that film music is not conceptually separate from sound or dialogue, but that all three are manipulated and continually interact in the larger acoustical world of the sound track. In a medium in which the image has traditionally trumped sound, Neumeyer turns our attention to the voice as the mechanism through which narrative (dialog, speech) and sound (sound effects, music) come together. Complemented by music examples, illustrations, and contributions by James Buhler, Meaning and Interpretation of Music in Cinema is the capstone of Neumeyer’s 25-year project in the analysis and interpretation of music in film.