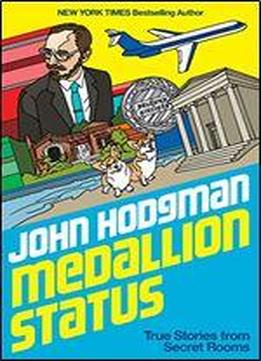 A hilarious and honest new book in which John Hodgman, New York Times bestselling author of Vacationland, sets out to explore the strange work-land of being a somewhat famous person After spending most of his twenties pursuing a career as a literary agent, John Hodgman decided to try his own hand at writing. Following an appearance to promote one of his books on The Daily Show, he was invited to return as a contributor, serving as the show's "Resident Expert" and "Deranged Millionaire." This led to an unexpected and, frankly, implausible career in front of the camera. In these pages, Hodgman explores the strangeness of his career, speaking plainly of fame, especially at the weird, marginal level he has enjoyed--not only the surreal excitement of it, but also the drudgery of it, the emptiness of the status it conveys, and the hard moments of losing that status. Through these stories you will learn many things, such as what it's like to be invited to become an honorary member of an Ivy League secret society, only to be hazed and humiliated by the dapper young members of that club. Or how it feels when your TV gig is cancelled and you can console yourself with the fact that all of that travel that made your children feel so sad and abandoned at least left you with a prize: Platinum Medallion Status with your airline. Both unflinchingly funny and deeply heartfelt, Medallion Status is a hilarious, thoughtful examination of status, fame, and identity--about the weird trauma that comes with success that feels unseemly to discuss (because who will sympathize with you?) about the addiction to status that sometimes (always) follows success and about the way we all deal with those moments in both public and private life when we realize we don't quite have it anymore.