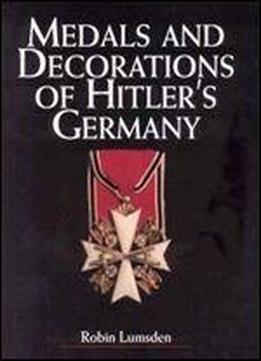 "Adolf Hitler held power in Germany for only twelve years, but during that relatively short period his regime produced the country's first and only complete range of truly national orders and decorations. These were destined to have a significant effect on the design of military and civil awards in other parts of the world, including the United States of America and the Soviet Union, which unashamedly based some of their Second World War combat badges on those of the Third Reich…"