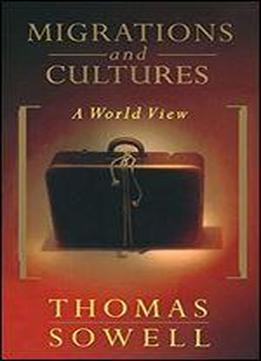 Most commentators look at the issue of immigration from the viewpoint of immediate politics. In doing so, they focus on only a piece of the issue and lose touch with the larger picture. Now Thomas Sowell offers a sweeping historical and global look at a large number of migrations over a long period of time.Migrations and Cultures: shows the persistence of cultural traits, in particular racial and ethnic groups, and the role these groups' relocations play in redistributing skills, knowledge, and other forms of human capital. answers the question: What are the effects of disseminating the patterns of the particular set of skills, attitudes, and lifestyles each ethnic group has carried forthboth for the immigrants and for the host countries, in social as well as economic terms?