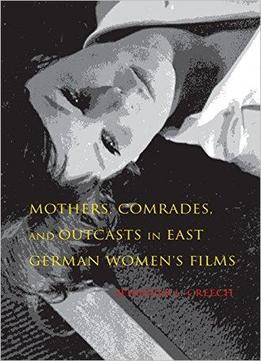 Mothers, Comrades, and Outcasts in East German Women's Film merges feminist film theory and cultural history in an investigation of "women’s films" that span the last two decades of the former East Germany. Jennifer L. Creech explores the ways in which these films functioned as an alternative public sphere where official ideologies of socialist progress and utopian collectivism could be resisted. Emerging after the infamous cultural freeze of 1965, these women’s films reveal a shift from overt political critique to a covert politics located in the intimate, problem-rich experiences of everyday life under socialism. Through an analysis of films that focus on what were perceived as "women’s concerns"―marital problems, motherhood, emancipation, and residual patriarchy―Creech argues that the female protagonist served as a crystallization of socialist contradictions. By framing their politics in terms of women’s concerns, these films used women’s desire and agency to contest the more general problems of social alienation and collectivism, and to re-imagine the possibilities of self-fulfillment under socialism.