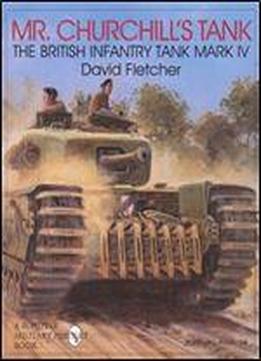 This is the full story of the Churchill tank from the design of an oversized prototype in Belfast in 1940 to its final achievements against Communist forces in the Korean War some ten years later. For those with an interest in technical matters this book goes into a great deal of detail. For those interested in the mechanics and politics of war production it explains the systems, processes and pitfalls in depth. For those studying war history it examines the Churchill tank in action from the beaches of Dieppe to the mountains of Tunisia from the Gothic Line in Italy to the Siegfried Line in Germany and in the harsh terrain of Korea. The Churchill is examined mark by mark, from the A20 prototype through to the heavyweight Black Prince design of 1944. Details are given of its service with every British regiment that operated Churchills and of its use by Australian, Canadian, Irish and Russian forces. The author has drawn heavily on original research material held in the library of the Tank Museum at Bovington in Dorset, UK.