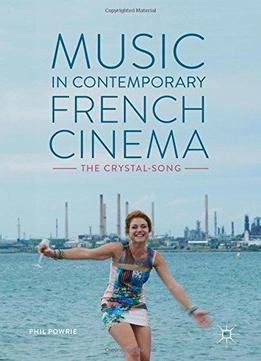 This book explores composed scores and pre-existing music in French cinema from 1985 to 2015 so as to identify critical musical moments. It shows how heritage films construct space through music, generating what Powrie calls “third space music,” while also working to contain the strong women characters found in French heritage films through the use of leitmotifs and musical cues. He analyses fiction films in which the protagonists perform at the piano, showing how musical performance supports the performance of gender. Building on aspects of musical performance, and in particular the use of songs performed in films, Powrie uses a database of 300 films since 2010 to theorize the intervention of music at critical moments as a “crystal-song”. Applying Roland Barthes’s concept of the “punctum” and Gille Deleuze’s concept of the “crystal-image,” Powrie establishes the importance of the crystal-song, which reconfigures time as a crystallization of past, present and future.