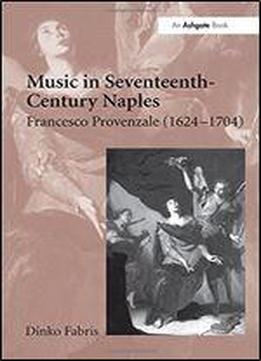 Dinko Fabris draws on newly discovered archival documents to reconstruct the career of Francesco Provenzale (1624-1704) who became the leader of his musical world, despite his relatively small musical output. The book examines Provenzale's surviving works alongside those of his most important Neapolitan contemporaries. Fabris provides both a life and works study of Provenzale and a conspectus of Neapolitan musical life of the seventeenth century.