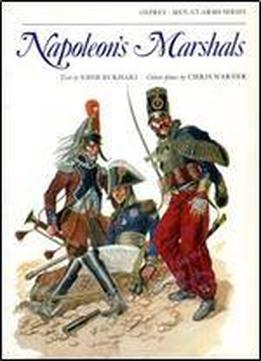 Much has been made of Napoleon's Marshals’ personal rivalries, jealousies, greed and lust for power. They had every soldier's vices and virtues the were glory-seeking, self-aggrandising and envious of social status. Napoleon's method of command was such that he expected his marshals to obey, not initiate and he slowly set out to ensure that his senior officers became merely blind agents who executed his orders without hesitation, discussion or personal opinion. Emir Bukhari presents an account of these soldiers who, whilst far from brilliant strategists, nevertheless performed a vital role and were exceptional leaders of men.