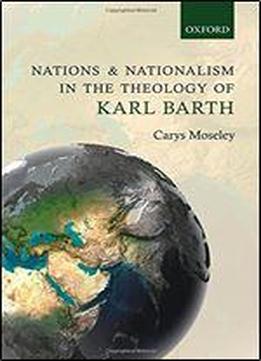 Karl Barth was the most important protestant theologian of the 20th century, and was well-known for his criticism of German nationalism as a corrupting influence on the German protestant churches in the Nazi era. This book traces Barth's concern with nationalism all the way from his student days to his mature exposition of the place of nations in the Bible. It shows how rejection of the theology of his university teachers led to him expounding the story ofPentecost in Acts 2 as the basis for his understanding of the Holy Spirit as the Spirit of Jesus Christ. Rather than making theology dependent upon the concerns of European nations, Barth made the divinechoice of Israel as the horizon for theological reasoning. The book shows how Barth drew together Biblical exegesis, doctrinal theology and theological ethics to produce a unified account of nations as distinct from states.