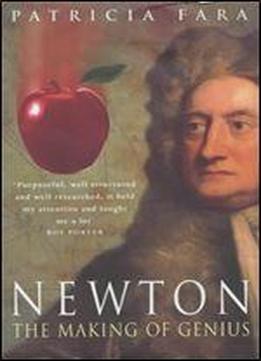 A unique and accessible account of Newton's popular and scientific reputation.Isaac Newton is now universally celebrated as a genius of science, renowned for his innovatory work on gravity and optics. Yet the term 'scientist' was not coined until the 1830s, a hundred years after his death. And Newton did not always enjoy such legendary status. A reclusive scholar who wrote more about alchemy and theology than natural philosophy, he has been heroised by many, but vilified as a madman by others. His posthumous reputation has constantly changed and is riddled with contradictions.NEWTON investigates the different ways in which Newton's life and works have been interpreted at different times. It charts his transformation into a scientific genius, explaining the changing attitude of the scientific community towards Newton's ideas, from Berkeley to Einstein. It also explores the making of Newton the national hero, through the myths that surround him and the many artistic and literary descriptions of him. NEWTON is a fascinating story of Newton's reputation, shedding light on the growth of science generally and on our changing attitude towards our intellectual heritage.'Purposeful, well structured and well researched, it held my attention and taught me a lot' Professor Roy Porter