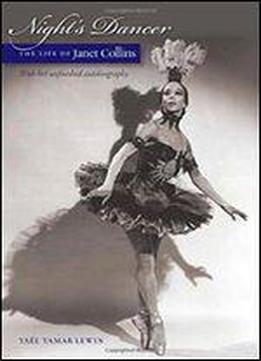 Winner of the The Marfield Prize / National Award for Arts Writing (2011) Dancer Janet Collins, born in New Orleans in 1917 and raised in Los Angeles, soared high over the color line as the first African-American prima ballerina at the Metropolitan Opera. Nights Dancer chronicles the life of this extraordinary and elusive woman, who became a unique concert dance soloist as well as a black trailblazer in the white world of classical ballet. During her career, Collins endured an era in which racial bias prevailed, and subsequently prevented her from appearing in the South. Nonetheless, her brilliant performances transformed the way black dancers were viewed in ballet. The book begins with an unfinished memoir written by Collins in which she gives a captivating account of her childhood and young adult years, including her rejection by the Ballet Russe de Monte Carlo. Dance scholar Yal Tamar Lewin then picks up the thread of Collinss story. Drawing on extensive research and interviews with Collins and her family, friends, and colleagues to explore Collinss development as a dancer, choreographer, and painter, Lewin gives us a profoundly moving portrait of an artist of indomitable spirit. My nickname -