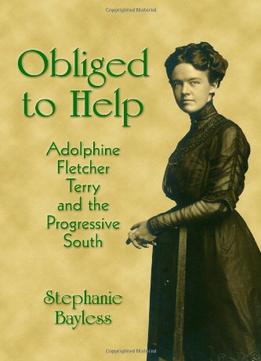 Author Stephanie Bayless examines why this Southern aristocratic matron, the daughter of a Confederate soldier, tirelessly devoted herself to improving the lives of others and, in so doing, became a model for activism across the South. It is the first work of its kind to consider Terry's lifelong commitment to social causes and is written for both traditional scholars and all those interested in history, civil rights, and the ability of women to create change within the gender limits of the time. Adolphine Fletcher Terry died in Little Rock, Arkansas, in July of 1976, at the age of ninety-three. Her life was a monument to progress in the South, particularly in her native state of Arkansas, a place she once described as "holy ground."