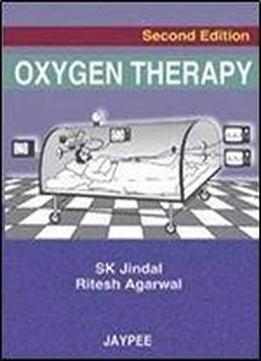 The reliance on oxygen therapy has enhanced and indications expanded. Some of the broad areas in which the progress has been specially noticeable include the long-term use of domiciliary oxygen, the hyperbaric oxygen therapy and the alternate oxygen carriers. There are also several advancements in oxygen delivery devices and the related equipments. The understanding of the side effects and the toxicity of oxygen has also increased. This revised edition includes all the recent advances and some of the new scientific developments as well as update the information on other subjects. This book provides short but concise information on different aspects of oxygen meant as a therapeutic agent. It lays the scientific foundations on oxygen therapy, primarily for the clinicians. It also lays stress on a rational and well regulated use of oxygen as a core drug than a mere add on tonic.