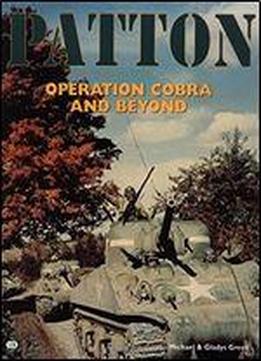 Patton: Operation Cobra and Beyond tells the story of this bold - and sometimes controversial - general, his men, and their machines in the drive across France towards the Rhine. More than 200 original photographs and text filled with first-hand accounts put you in the middle of one of the most daring military maneuvers of WWII led by one of its most colorful characters. Invaluable in explaining Patton's volatile and decisive character. "…a worthy edition to any library of military history and biography." Robert H. Patton.