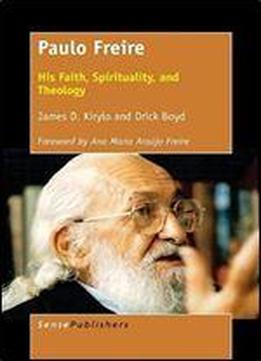 Paulo Freire (1921–1997) is well known around the world for his innovative educational philosophy, which has led many to consider him the “father” of both critical pedagogy and popular education. What is less known about Freire, however, is that his politics and pedagogy were informed by a faith birthed in Roman Catholicism, but which also challenged the church to move beyond individual piety to prophetic action. Freire’s spirituality was rooted in the conviction that God calls all people of goodwill to work toward fulfilling the vision of a new humanity given by God. To that end, this book—one of the first of its kind discussing Freire—examines the spirituality that was foundational to his life and teaching, inviting all who have been influenced by Freire to consider the deeper spiritual dimensions of their pedagogical and political work.