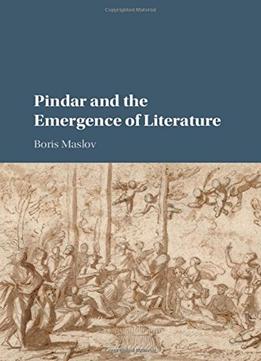 Pindar and the Emergence of Literature places Pindar in the context of the evolution of Archaic Greek poetics. While presenting an in-depth introduction to diverse aspects of Pindar's art (authorial metapoetics, imagery, genre hybridization, religion, social context, and dialect), it seeks to establish a middle ground between cultural contextualism and literary history, paying attention both to poetry's historical milieu and its uncanny capacity to endure in time. With that methodological objective, the book marshals a new version of historical poetics, drawing both on theorists usually associated with this approach, such as Alexander Veselovsky, Mikhail Bakhtin, and Olga Freidenberg, and on T. S. Eliot, Hans Blumenberg, Fredric Jameson, and Stephen Greenblatt. The ultimate literary-historical problem posed by Pindar's poetics, which this book sets out to solve, is the transformation of pre-literary structures rooted in folk communal art into elements that still inform our notion of literature.