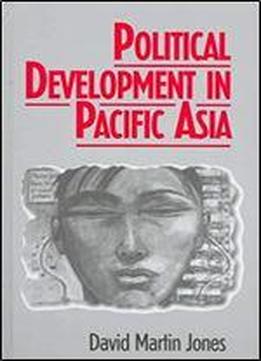 This book provides a clear and accessible account of political and economic development in Pacific Asia. Adopting a comparative and historical approach, it examines the factors behind the 'East Asian Miracle' which has transformed the economies and societies of South Korea, Taiwan, Hong Kong, Singapore, Indonesia, Thailand and Malaysia. Political Development in Pacific Asia begins by examining the traditional forms of political culture which prevailed in Pacific Asia and which affected, in various ways, post-colonial political development in the region. Subsequent chapters examine the growth strategies pursued by high-performing economies of East Asia and the implications of rapid growth for democratization and civil society. The final chapter explores the place of these economies in a rapidly changing regional and international order. While Jones gives due attention to the remarkable achievements of the high-performing economies of East Asia, he also addresses the social and political costs of this rapid, state-managed growth. The result is a balanced and nuanced account of political and economic development in Pacific Asia which will be invaluable for students and scholars alike.