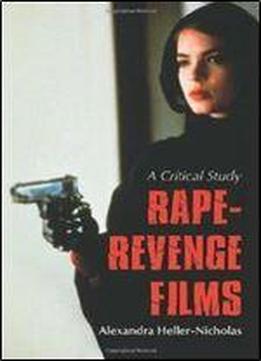 Often considered the lowest depth to which the cinema can plummet, the rape-revenge film has been dismissed as exploitative and sensational, catering to a demented demographic. Only on such rare occasions as Ingmar Bergman's The Virgin Spring, John Boorman's Deliverance and Quentin Tarantino's Death Proof has the rape-revenge movie transcended what is commonly assumed to be its intrinsically exploitative nature and moved into the mainstream. This critical overview reassesses that viewpoint by exploring a variety of themes, as well as the elements that this type of film has in common. The author discusses an array of films directed by noteworthy directors from several countries, demonstrating that diverse and often contradictory treatments of sexual violence can exist simultaneously. s