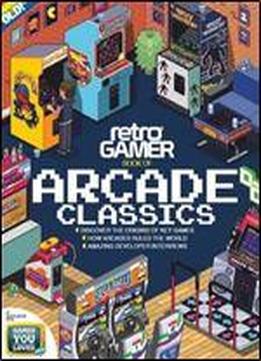 Back in the Seventies and early Eighties the arcade was king. While videogames were progressing at an astonishing rate in homes throughout the world, it was the arcade in the West and East where most of the biggest technical leaps and bounds were being made. Companies like Atari, Sega and even Nintendo were pushing specifi c hardware boards to create unique gaming experiences, many of which had never been experienced before. It was an exciting time, with all sorts of innovations appearing. While many of these classic games would appear on home systems, they were o en pale shadows of the arcade originals, ensuring gamers in their thousands continued to fl ock to the many arcades that were found all around the world. The following pages celebrate that golden period by collecting some of the greatest content from the last decade of Retro Gamer. From the origins of Space War to the creation of OutRun and Pac-Man, this book will give you fascinating insight in to one of the gamings most signifi cant periods.