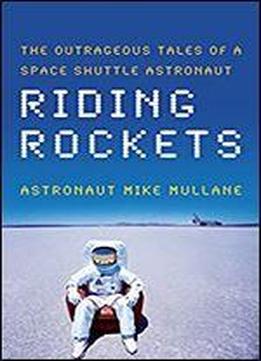 On February 1, 1978, the first group of space shuttle astronauts, twenty-nine men and six women, were introduced to the world. Among them would be history makers, including the first American woman and the first African American in space. This assembly of astronauts would carry NASA through the most tumultuous years of the space shuttle program. Four would die on Challenger. USAF Colonel Mike Mullane was a member of this astronaut class, and Riding Rockets is his story -- told with a candor never before seen in an astronaut's memoir. Mullane strips the heroic veneer from the astronaut corps and paints them as they are -- human. His tales of arrested development among military flyboys working with feminist pioneers and post-doc scientists are sometimes bawdy, often hilarious, and always entertaining. Mullane vividly portrays every aspect of the astronaut experience -- from telling a female technician which urine-collection condom size is a fit to walking along a Florida beach in a last, tearful goodbye with a spouse to a wild, intoxicating, terrifying ride into space to hearing "Taps" played over a friend's grave. Mullane is brutally honest in his criticism of a NASA leadership whose bungling would precipitate the Challenger disaster. Riding Rockets is a story of life in all its fateful uncertainty, of the impact of a family tragedy on a nine-year-old boy, of the revelatory effect of a machine called Sputnik, and of the life-steering powers of lust, love, and marriage. It is a story of the human experience that will resonate long after the call of "Wheel stop."