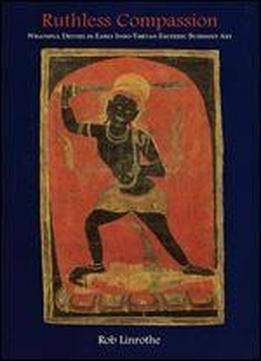 Buddhists believe that the wrathful spirits represent inherent qualities of our own, and that meditating on them can transmute the otherwise malevolent sides of our own natures into positive qualities and actions. The wrathful deities also provide precious clues as to the early development of esoteric Buddhism in India, about which few early texts survive. Through careful examination of a large body of images as well as Sanskrit, Tibetan, and Indic texts, this lavishly illustrated volume traces the evolution of the forms and the unfolding significance of the wrathful deity in esoteric Buddhist sculpture.