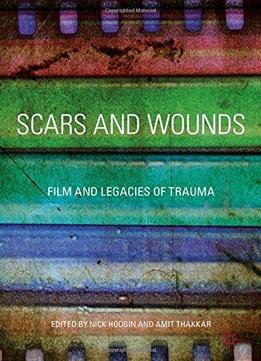 Scars And Wounds: Film And Legacies Of Trauma
by Nick Hodgin / 2017 / English / PDF

This book examines recent cinematic representations of the traumatic legacies of national and international events and processes. Whilst not ignoring European and Hollywood cinema, it includes studies of films about countries which have been less well-represented in cinematic trauma studies, including Australia, Rwanda, Chile and Iran. Each essay establishes national and international contexts that are relevant to the films considered. All essays also deal with form, whether this means the use of specific techniques to represent certain aspects of trauma or challenges to certain genre conventions to make them more adaptable to the traumatic legacies addressed by directors. The editors argue that the healing processes associated with such legacies can helpfully be studied through the idiom of ‘scar-formation’ rather than event-centred ‘wound-creation’.