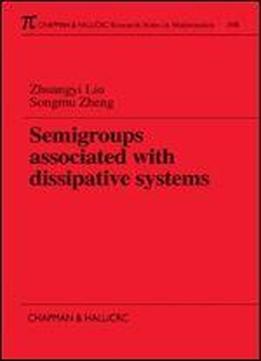 Motivated by applications to control theory and to the theory of partial differential equations (PDE's), the authors examine the exponential stability and analyticity of C0-semigroups associated with various dissipative systems. They present a unique, systematic approach in which they prove exponential stability by combining a theory from semigroup theory with partial differential equation techniques, and use an analogous theorem with PDE techniques to prove analyticity. The result is a powerful but simple tool useful in determining whether these properties will preserve for a given dissipative system. The authors show that the exponential stability is preserved for all the mechanical systems considered in this book-linear, one-dimensional thermoelastic, viscoelastic and thermoviscoelastic systems, plus systems with shear or friction damping. However, readers also learn that this property does not hold true for linear three-dimensional systems without making assumptions on the domain and initial data, and that analyticity is a more sensitive property, not preserved even for some of the systems addressed in this study.