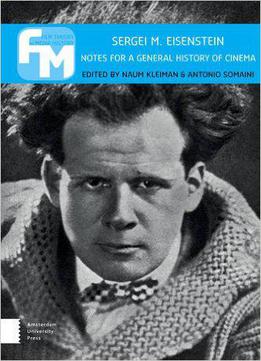 One of the iconic directors of twentieth-century cinema, Sergei Eisenstein is best known for films such as The Battleship Potemkin, Alexander Nevskii, and Ivan the Terrible. His work, in turn, has inspired other great moviemakers, including Akira Kurosawa and Francis Ford Coppola. This is the first English-language edition of Eisenstein’s recently discovered notes for a general history of the cinema, a project he undertook in the years before his death in 1948. He presents a vast genealogy of the various media and art forms that preceded cinema’s birth and accompanied the first decades of its history. Critical essays by eminent Eisenstein scholars follow his texts. Comprehensive and illuminating, this volume offers unique access to the writings of a pioneering figure in cinema.