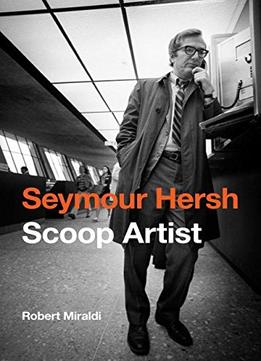 Seymour Hersh has been the most important, famous, and controversial journalist in the United States for the last forty years. From his exposé of the My Lai massacre in 1969 to his revelations about torture at Abu Ghraib prison in 2004, Hersh has consistently captured the public imagination, spurred policymakers to reform, and drawn the ire of presidents. From the streets of Chicago to the newsrooms of the most powerful newspapers and magazines in the United States, Seymour Hersh tells the story of this Pulitzer Prize–winning journalist and author. Robert Miraldi scrutinizes the scandals and national figures that have drawn Hersh’s attention, from My Lai to Watergate, from John F. Kennedy to Henry Kissinger. This first-ever biography captures a stunningly successful career of important exposés and stunning accomplishments from a man whose unpredictable and quirky personality has turned him into an icon of American life and the unrivaled “scoop artist” of American journalism.