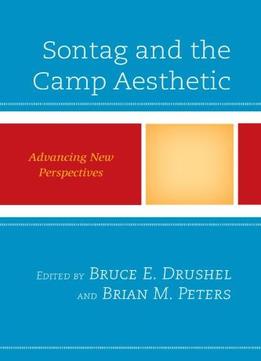 Sontag and the Camp Aesthetic: Advancing New Perspectives marks 50 years of writing and cultural production on the phenomenon of camp since Susan Sontag’s 1964 cornerstone essay “Notes on ‘Camp’.” It provides cutting-edge theory and understanding on ways to read and interpret camp through a collection of essays from historical, theoretical, and cultural perspectives. It includes varied subject areas including camp icons, stylistics periods, and important and representative texts from television, film, and literature. These essays create a scholarly conversation that understands camp as not only signifier or aesthetic but also a language, mode, and style that goes beyond its initial linguistic and semiotic guise. The contributors, representing a diverse group of established and rising scholars, explore camp as a largely queer genre that includes varying modes of understanding of desire and of the self outside a hegemonic model of heteronormativity.