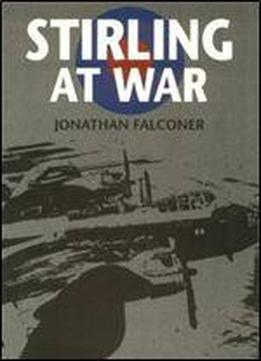 Amongst the gallery of illustrious aircraft types which have featured in Ian Allan's highly successful 'at War' series of books, the Short Stirling has until now been conspicu­ous by its absence. Condemned and castigated by Air Ministry officials and 'Bomber' Harris alike for its inefficiency, the Stirling was the firstborn of the RAF's trio of four-engined heavy bombers, and the only one designed from the outset to take four engines. If history with its flickering lamp looks unfavourably on the Stirling and its exagger­ated shadow of disgrace, then it does so at its peril. Indeed, the Stirling had its share of development and operational problems, but many of these were inflicted upon it as the result of inexperience and political interfer­ence from a blinkered and vacillating Air Ministry — it was the first of an untried new breed and many of the prewar precepts which shaped its design rapidly became out­moded by the pressing demands of war.