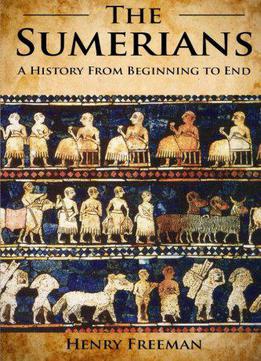 Sumerians: A History From Beginning To End
by Henry Freeman / 2016 / English / EPUB

The Sumerians A legendary civilization vanished under the Fertile Crescent and escaped a fate worse than death until Sumerologists questioned widely accepted truths. The Sumerians reemerged onto the extraordinary timeline of human history. Their tales of kings and gods, including the Epic of Gilgamesh, and their fearless trade in distant lands, during the remarkable Bronze Age, centered in the world’s first city-states that chronicled ancient rivalries and their enduring impact. Inside you will read about… - How We Know What We Know About Sumerians - The Bronze Age – Sumer And Its Contemporaries - How Did The Sumerians Become Civilized? - How Long Were They Around - Primer Of Impact Of Sumerian Ancient Civilization On Our World - What Did They Look Like? - What Shaped Their Worldview? And much more! Our journey relies on excavated and historical evidence to explore their productive fascinations with order and man’s place in the universe. Their application of impressive knowledge helps us unfold their mysterious civilization.