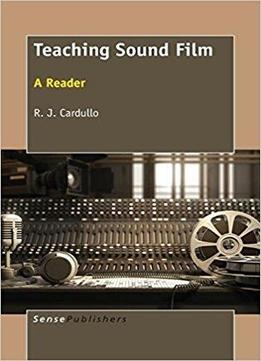 Written with university students (and possibly also advanced high school students) in mind, the essays in Teaching Sound Film: A Reader cover some of the central films treated—and central issues raised—in today’s cinema courses and provide students with practical models to help them improve their own writing and analytical skills. These essays are clear and readable—that is, sophisticated and meaty yet not overly technical or jargon-heavy. This makes them perfect introductions to their respective films as well as important contributions to the field of film studies in general. Moreover, this book’s scholarly apparatus features credits, images, bibliographies for all films discussed, filmographies for all the directors, a list of topics for writing and discussion, a glossary of film terms, and an appendix containing three essays, respectively, on film acting, avant-garde cinema, and theater vs. film.