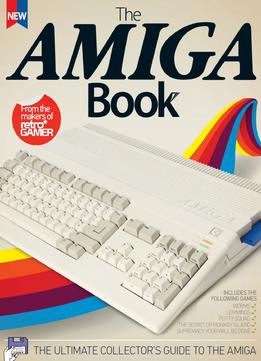 It’s easy to take Commodore’s Amiga for granted, but it had a massive impact on the games industry and was an exciting successor to the Commodore 64. Many classic British developers, including DMA Design, Sensible So ware, The Bitmap Brothers and Team 17 found success on the 16-bit home computer, while popular franchises like Lemmings, Speedball, Worms and Syndicate are still going strong today. Commodore’s computer not only had a thriving demo scene, but its superior graphical capabilities allowed a new generation of artists to get to grips with the machine. It helped usher in a shining new era for videogames, and was more than able to hold its own against the increasingly popular consoles that were beginning to appear. To celebrate Commodore’s groundbreaking machine, we’ve personally trawled through the Retro Gamer archives to deliver some of the fi nest articles to ever feature in the magazine and updated many of the articles with brand new screenshots and up-to-date editorial. This revised edition also includes more recent articles, covering the making of Speedball 2, the resurrection of Putty Squad, features on the A1200 and CD32 and more. In short, if you ever loved Commodore’s computer you need to own this book.