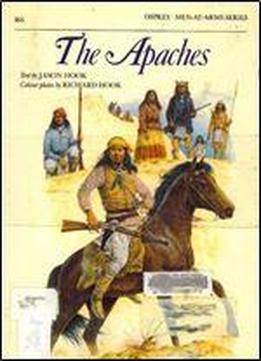 The Apache culture of 1850 was a blend of influences from the peoples of the Great Plains, Great Basin and the South-West, particularly the Pueblos, and – as time progressed – from the Spanish and American settlers. This fascinating work by Jason Hook examines the Apaches, their social structure, religion and warcraft, and outlines the Apache wars and conflicts with the American, including the dramatic story of Crook and Geronimo. This absorbing volume is illustrated with a wealth contemporary photographs, museum examples and eight stunning full page colour plates by Richard Hook, making it the perfect book for anyone interested in this fascinating culture.