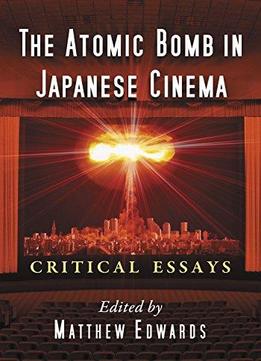 Seventy years after the nuclear attacks on Hiroshima and Nagasaki, Japan is still dealing with the effects of the bombings on the national psyche. From the Occupation Period to the present, Japanese cinema had offered a means of coming to terms with one of the most controversial events of the 20th century. From the monster movies Gojira (1954) and Mothra (1961) to experimental works like Go Shibata's NN-891102 (1999), atomic bomb imagery features in all genres of Japanese film.

This collection of new essays explores the cultural aftermath of the bombings and its expression in Japanese cinema. The contributors take on a number of complex issues, including the suffering of the survivors (hibakusha), the fear of future holocausts and the danger of nuclear warfare. Exclusive interviews with Go Shibata and critically acclaimed directors Roger Spottiswoode (Hiroshima) and Steven Okazaki (White Light/Black Rain) are included.