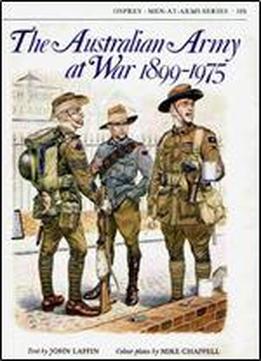 The Australians have had a brief military history, by world standards, but they have taken part in nine wars and, British troops apart, they have fought in more countries than the soldiers of any other nation. Friend and foe alike have assessed them as men-at-arms perhaps equalled but never surpassed. This absorbing text by John Laffin examines the history, uniforms and organisation of these colourful and courageous troops, from the Diggers of the First World War to their role in Vietnam.