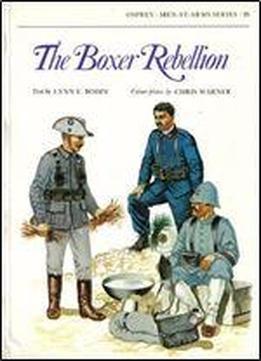 In the year 1900, an unprecedented co-operation occurred between the eight major military powers of the world. For more than a year military and naval personnel from Austria-Hungary, France, Germany, Great Britain, Italy, Japan, Russia and the United States fought together against a common enemy. That enemy was a society whose goal was the extermination of all 'foreign devils' in China – the I Ho Ch'uan, or Righteous Harmonious Fists, better known to the West as the Boxers. This engaging account, packed with original photographs and full colour artwork, tells the story of this unique occurrence in military history.