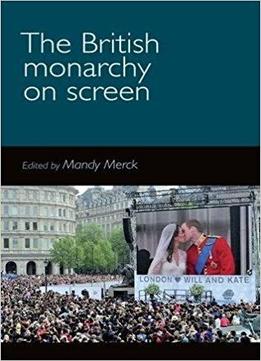 The British Monarchy On Screen
by Mandy Merck / 2016 / English / PDF

"Moving images of the British monarchy are almost as old as the moving image itself, dating back to an 1895 American drama, The Execution of Mary Queen of Scots. And from 1896, actual British monarchs appeared in the new 'animated photography', led by Queen Victoria. Half a century later the 1953 coronation of Elizabeth II was a milestone in the adoption of television, watched by 20 million Britons and 100 million North Americans. At the century's end, Princess Diana's funeral was viewed by 2. 5 billion worldwide. In the first book length examination of film and television representations of this enduring institution, distinguished scholars of media and political history analyze the screen representations of royalty from Henry VIII to 'William and Kate'. Seventeen essays by Ian Christie, Elisabeth Bronfen, Andrew Higson, Karen Lury, Glynn Davies, Jane Landman and other international commentators examine the portrayal of royalty in the 'actuality' picture, the early extended feature, amateur cinema, the movie melodrama, the Commonwealth documentary, New Queer Cinema, TV current affairs, the big screen ceremonial and the post-historical boxed set. A long overdue contribution to film and television studies, this book will be essential reading for scholars and students of British media and political history."